"Everyone knows Washington is photogenic but no one knows this better than Jake McGuire. It is McGuire’s sensitivity to his subject that is central....though these monumental landscapes and structures are the same ones we have seen in thousands of other pictures all our lives, they have a different, more personal quality in being grazed by McGuire’s lens and the heightened, sometimes curious, lighting he knows precisely when and how to select for...to us Jake and the District seem inseparable.” 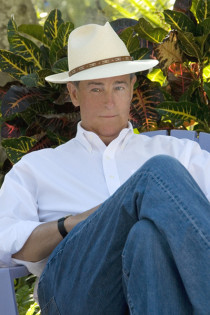 Jake McGuire has been a writer, reporter, editor and is one of America's most published photographers. His photos appear in private collections, exhibitions, offices, and his photos and articles have been found in airline and travel magazines. He currently has 11 coffee table books in print. In addtition to studying journalism he attended culinary school and has written about food, wine and travel.

McGuire, a native Washingtonian, has won more than a dozen awards for photography and photojournalism. He has been to more than 40 countries and has an extensive collection of international images that have been published in a wide variety of publications..

McGuire has worked full-time at five newspapers and he was asked to help launch The Hill Newspaper to compete with Roll Call and did multiple jobs there as a writer, photo editor and restaurant critic.

• A Presidential Inaugural Committee commissioned McGuire to produce a signed, limited edition print of the White House. The photograph was signed by the President and Vice President and given to the notables who performed at the Inaugural Gala.

•  McGuire received an Arts America grant from the United States Information Agency to give photography lectures in the Persian Gulf Sheikdom of Bahrain.

•  McGuire was invited by the government of Peru to go on a whirlwind tour of the top sites in Peru with a group of noted American writers and photographers.

• McGuire helped launch, The Hill Newspaper as the first photo editor but quickly snagged the coveted job as the restaurant critic, too.

• LIFE MAGAZINE selected one of McGuire’s photos for the cover of a special edition of LIFE.

• A Presidential Inaugural Committee chose McGuire’s photos of Washington to grace the pages of the official inaugural brochures and programs.

• And McGuire has published 10 newer books in his "Little Square Picture Books" series,  and....browse this website for the newest titles  including  books dedicated to his rebel/artist mother, and most recently several books of cartoons, entitled, "Cartoons Too Funny For The New Yorker."